“We Don’t Need Any Enemy; We Are Self-Sufficient”- Wasim Akram After Harsh Criticism Of Babar Azam’s Captaincy

The recent poor performance of Pakistan has added to the strain already placed on skipper Babar Azam, who has been under heavy fire from the media, some former players, and fans. Last year, the talented batsman guided Pakistan to the Asia Cup final, where they were shocked by Sri Lanka. Following that, they qualified for the T20 World Cup final, which they lost against England.

Despite Babar’s individual scoring prowess, Pakistan as a team has been unable to match it. With 2598 runs in 52 innings, with a high score of 196, he concluded the year as the top run-scorer in international cricket. He also pounded eight tonnes and 17 half-centuries.

Wasim Akram, a great of the game and former skipper of Cricket Pakistan, advised everyone to give Babar two to three years and referred to him as “the best captain” in his remarks.

“Babar Azam’s captaincy is under criticism these days; in this difficult time, a strong hand of support came on his shoulder. We don’t need any enemy; we are self-sufficient; stop making fun of yourself; if you have Imran Khan, Javed Miandad, or Mike Brierley sitting next to you, then you will understand Babar Azam has a 2-3 years chance. He will prove to be the best captain”, stated Akram.

Shaheen Shah Afridi, the top pacer, also received special recognition from Akram, who noted his leadership qualities. “Shaheen Afridi has leadership skills, but there is no need to hurry, he made Lahore Qalandars PSL champions, but now he is the national team”, said the Pakistan legend.

Also Read: “Our Job Is To Keep Scoring Runs, For Whichever Team, All The Time” – Naushad Khan’s Message To His Son Sarfaraz Khan 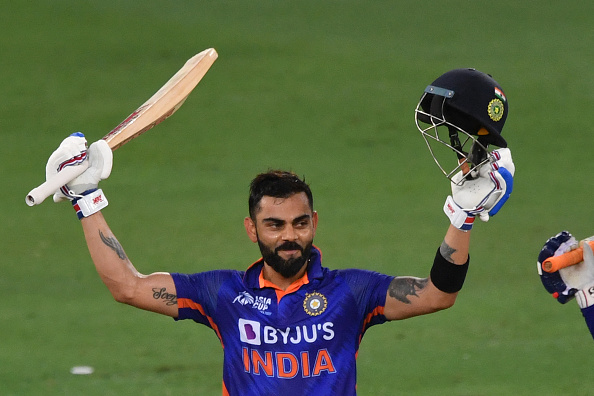 The Star-studded batter Virat Kohli was at his best against Afghanistan on Thursday (08th September). The right-handed batter…
byVarad Vaichal