10 Indian Cricketers’ Wife And Their Occupations

The Indian cricket team and their cricketers are arguably some of the famous sportspersons in the world. The focus and fan-following hardly veer off from them as they remain in the headlines whether or not they are playing. The likes of MS Dhoni, Virat Kohli, and Rohit Sharma are some of the most followed ones.

Also Read:  5 Instances When Indian Cricketers Lost Their Composure In Front Of The Media

But it is fascinating to think about the cricketers’ wives and their occupations. Their better halves travel with the team on more occasions than one and appear in social media with the players often. It is indeed intriguing to think if Indian men’s cricketers have attained such heights what achievements their wives might be scaling in their professions.

We take a look at ten Indian cricketers’ wives and their professions: 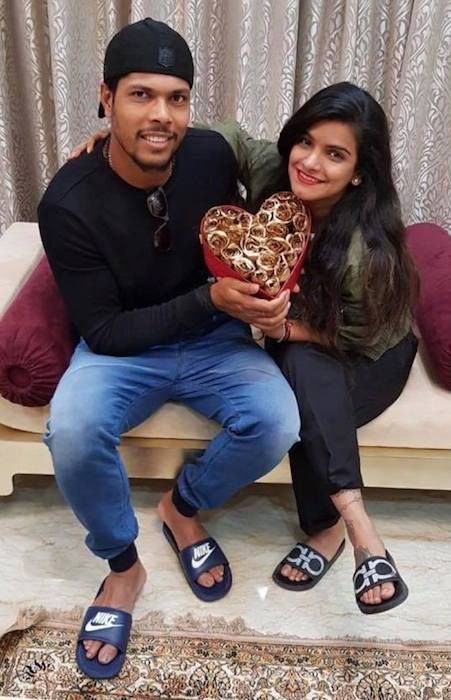 Umesh Yadav made his international debut in 2011 and remains in the scheme of things in India’s Test squad. While he is not a regular fixture in the playing eleven, on his day, Umesh Yadav can rattle any batting line-up with his pace.

The Vidharaba speedster married Tanya Wadhwa in 2013. Tanya Wadhwa is a Delhi-based fashion designer and is highly successful. The 32-year old has not played any international cricket since February this year due to the COVID-19 pandemic. However, he will play the IPL this year for the Royal Challengers Bangalore.

IPL 2018: Rain Washes Out RCB-DD Practice Session, Set to Have an Impact on Match

Amid the novel coronavirus scare, which has been declared pandemic by the World Health Organisation (WHO), the remainder…
byJr. Staff