ENG vs IND 2018: Chris Rogers Reveals the Plan to be Successful in England - CricketAddictor

Former Australian cricketer, Chris Rogers, who has had a great relationship with England playing for many County teams, has revealed the trick to being successful in England.

Meanwhile, Rogers, who has represented Australia in 25 Tests believes the key to being successful in England is to play late. He also disclosed that playing with an angled bat will be pivotal in this kind of pitches.

Rogers, however, is currently in India as a part National Cricket Centre in Brisbane. He is accompanying 12 players from the Australian Cricket Academy for training in India. Apart from playing late, Chris Rogers noted that shot selection will also be crucial on those pitches.

“You have got to know what the bowler is trying to do. When Anderson is bowling and if you are a right-hander – you have to understand that he is trying to get you caught in the slips. So perhaps as a batsman, you have to be more selective around your cover drive but you still have to play that shot,” he added. 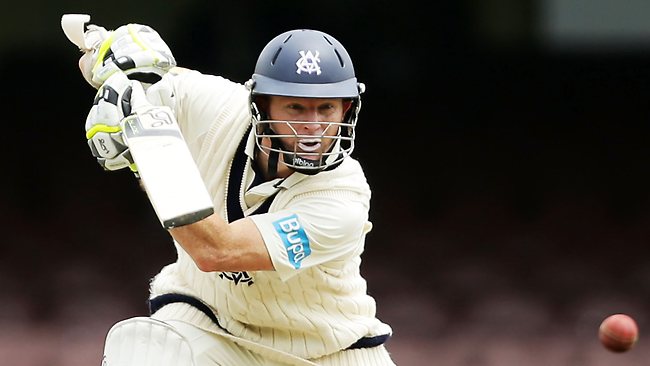 Took inspiration from Dravid and Sangakkara

Chris Rogers admitted that during his playing days took a lot of inspiration from Rahul Dravid and Kumar Sangakkara. He cited examples from both these legends career to show playing late will be the key.

“I still remember Dravid getting a hundred in England and watched how late he played. He was allowing the ball come onto him and not hitting it hard at all. Also, if one saw the wagon-wheel of Kumar Sangakkara’s hundred against England (at Lord’s) on his last tour there – a lot of his shots came on the square of the wicket,”  Rogers concluded.