Chennai Super Kings (CSK) opener, Ambati Rayudu had a stupendous season in this edition of the Indian Premier League (IPL), as he registered 602 runs from 16 matches at an impressive average of 43.

Meanwhile, he was their highest run-scorer and helped them to lift their third title. Chennai defeated Sunrisers Hyderabad (SRH) in the summit clash by eight wickets at the Wankhede Stadium.

“Har saal ek bat leta hu Virat (Kohli) se, usko bhi maloom ho gaya ki tashan hai. Is saal to gaali deke diya hai (I take a bat from Virat every year. Even he now knows how I want to show it off. This time, in fact, he swore before giving me a bat,” he said when Harbhajan asked him about his superstition. 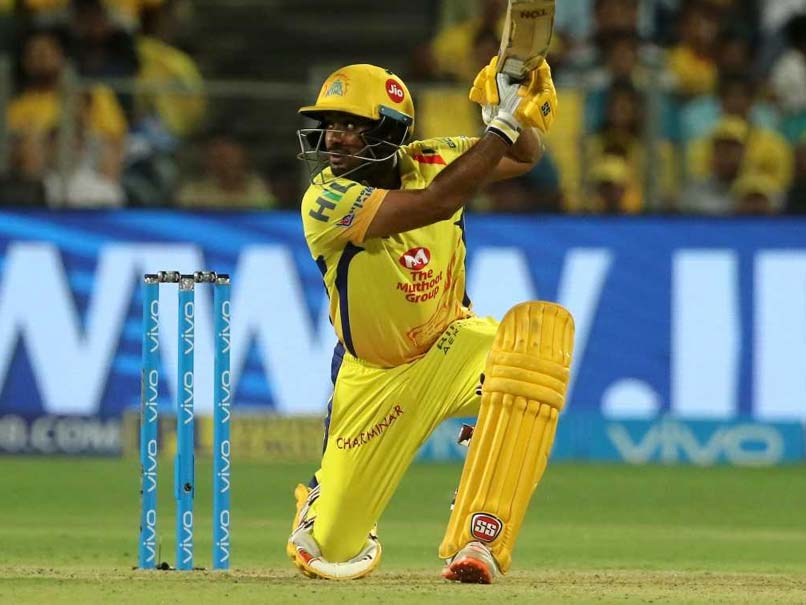 However, both Harbhajan and Rayudu have represented Mumbai Indians (MI) in previous editions.

The Hyderabad born cricketer Rayudu also admitted that he took up cricket because of his father. The 32-year-old also revealed that he doesn’t use phones as it breaks his concentration whenever a call comes.

“I did not have much interest in cricket earlier. I was more interested in studies. My father enrolled me in a cricket camp,” he added.

During the chat, Rayudu took the names of VVS Laxman, Sachin Tendulkar and Ricky Ponting as his role models.

“Laxman was my idol while growing up. When I came to Mumbai Indians, I learned a lot from Sachin Tendulkar and Ricky Ponting. What I like about Paaji (Sachin) is that he is still such a humble person. Even after achieving so much, he says he is still learning,” Rayudu concluded.

Watch: Rohit Sharma Gets Team India Involved In A Unique Activity; Leaves Everyone In Splits

England vs India 2021: 5 Indian Players Who Might Retire After The Test Series

England vs India 2021: 5 Indian Players Who Might Retire After The Test Series

He Is A Complete T20 World Cup Material, Opines Harbhajan Singh On The Indian Spinner

After Virat Kohli And Rohit Sharma, Suryakumar Yadav is the Most Complete Player In Terms Of Batting: Harbhajan Singh

If You Want To Win The World Cup You Need Players Like Prithvi Shaw, Ishan Kishan – Harbhajan Singh