Steve Smith, the Australian captain, has stretched his lead at the top of the MRF Tyres ICC Player Rankings for Test Batsmen; however, the next four batsmen on the list are separated by only 11 points in the latest ranking released by ICC after the Nagpur and Brisbane Test earlier today. Cheteshwar Pujara climbed up to the second spot after his brilliant knock in the Nagpur Test. India’s Ravindra Jadeja has climbed back to the second place while England’s James Anderson retains the top spot in the bowler’s chart.

Let’s take a look at the top five Test batsmen: 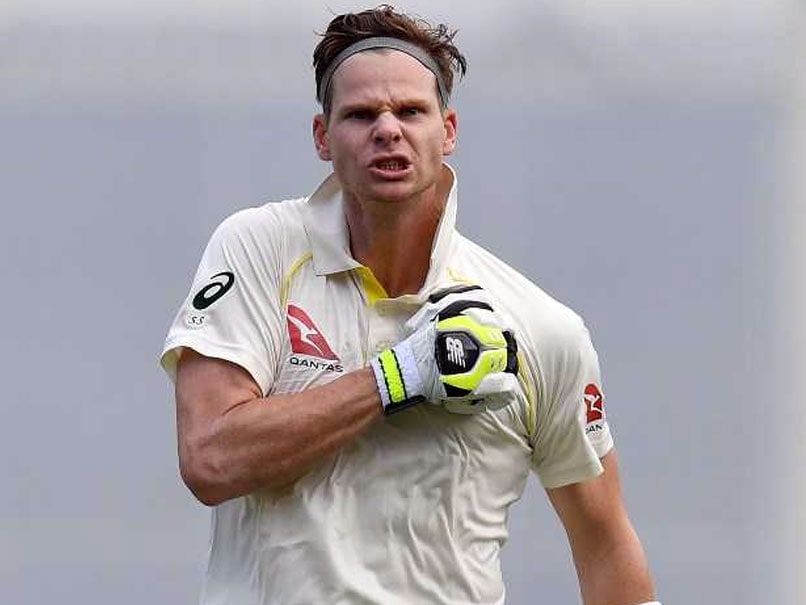 Steve Smith: The Australian skipper Smith played an unbeaten knock of 141 runs in Australia’s first innings to give his team valuable first innings lead in the first Test at Gabba. Smith gained 5 points which took him to 941 points making him joint-fifth regarding the highest points tally in batting history in Tests behind Sir Don Bradman (961), Len Hutton (945), Jack Hobbs (942) and Ricky Ponting (942), at par with Peter May (941). If Smith can produce another performance in the day/night Test at the Adelaide Oval, then he has a solid chance of overtaking Hutton, Hobbs, Ponting, and May into second place behind Bradman.

Cheteshwar Pujara: The ever-consistent Pujara who has been the highest run scorer for India in this long home season jumped up to the no two spots after his patient knock of 143 runs against Sri Lanka in Nagpur in his side’s huge victory by an innings and 239 runs. Pujara has been rewarded with 22 points, which have lifted him from fourth to second on a career-best of 888 points. The 29-year-old, who plays for Saurashtra in India’s domestic competitions, now leads his fifth-ranked captain Virat Kohli by 11 points. Joe Root: The England skipper, who didn’t have a good show with the bat during his team’s 10 wicket loss in the first Ashes Test at Gabba is tied at the third spot in the ICC’s ranking list. He will be keen to come back stronger in remaining four Test matches to reduce the 60 points gap from his Australian counterpart. 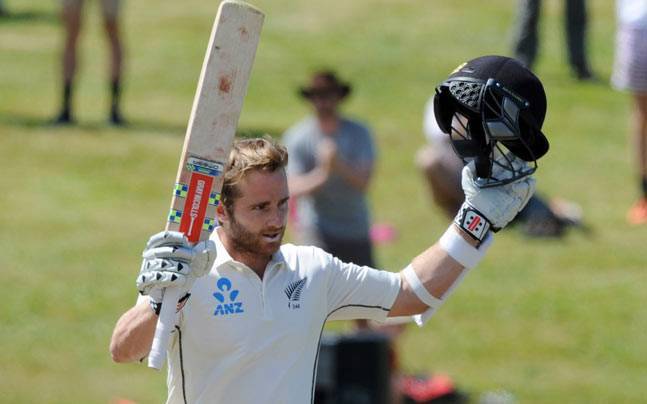 Kane Williamson: The New Zealand skipper who played his last Test match in March against South Africa keeps his place at the top five ICC’s Test batsmen list with 880 points, 1 less than his counterpart from England who is at 881 points. Williamson, who averages more than 50 and has 17 Test hundreds in the 61 matches will be eager to jump higher as New Zealand takes on West Indies from December 1.

Virat Kohli, the young Indian skipper has jumped from 817 points to 877 points after scoring his fifth career double-century in 62 Tests helping India to beat Sri Lanka easily by an innings and 239 runs. Kohli now lags 11 points from his teammate Cheteshwar Pujara who is tied at no 2 spot with 888 points.

This week has also seen some great bowling performances ranging from Ravindra Jadeja to Ravichandran Ashwin, who remained wicketless in the first Test came back in the second Test to do the bulk of the job while Mitchell Starc has returned to the top 10 in 10th position after his match figures of six for 128 helped him to gain three places.

Let’s take a look at at the top five Test bowlers: James Anderson: The cricketer from England is the greatest exponent of swing bowling in the world currently and possesses the capability to swing the ball in both the ways. Anderson dethroned Jadeja from the top spot last week and retained his position despite having a poor show with the ball as he picked up only two wickets in the match, however, lost five points to be at the top spot with 891 points.

Ravindra Jadeja: The left-arm spinner who slipped to the fourth spot after a wicket-less match at the Eden Gardens, jumped up to no 2 spot as he took five wickets in the second Test at Nagpur along with Ravichandran Ashwin to hand  India an important victory. Jadeja, who is 880 points will like to overtake Anderson who is ahead by only 11 points.

Kagiso Rabada: The young South African fast bowler has been in tremendous form with the ball in recent times as he occupies the no 3 spot in the ICC’s Test bowling chart. He is now at 876 points, four points below Jadeja and will be keen to improve his points tally when South Africa next plays a red ball game.

Ravichandran Ashwin: The Indian off-spinner played a key role in India’s win against Sri lanka in the second Test at Nagpur to go 1-0 up in the three-match Test series with an eight wicket haul. Ashwin, who became the fastest man with 300 wickets in Tests, has consolidated his fourth position by gaining nine points which have put him on 849 points. The India off-spinner is now 42 points behind number-one ranked James Anderson who has dropped five points after claiming two wickets in the Brisbane Test.

Rangana Herath: The Sri Lankan legend has been a match winner for his country, however, his poor show with India continues as he failed to impress once again. Despite a poor show he manages to be at the top five with 807 points, 36 points below Ashwin. He will be keen to reduce the margin when Sri Lanka takes on India in the third Test at Delhi.

Here is the list of ICC’s top 10 Test batsmen:

Here is the to 10 bowler’s from the ICC’s bowler’ list: