The modern-day cricket is ruled by four batsmen, who are proving their class every day and raising the bar high for others with their bats in the middle. Virat Kohli, Steve Smith, Joe Root, and Kane Williamson have played some outstanding cricket for quite some time now and are compared at every opportunity.

Kohli and Smith are a bit ahead of Williamson and Root, with Kohli scoring six double centuries in the last 18 months and Smith leading Australia from the front in the ongoing Magellan Ashes series.

In an exclusive chat with Gulf News, the former India cricketer Dilip Vengsarkar was asked to compare between Kohli, Smith, and Root to which he replied that it is wrong to compare them as they all are great players.

Also Read: I am Sure Virat Kohli will Lead from the Front: Virender Sehwag 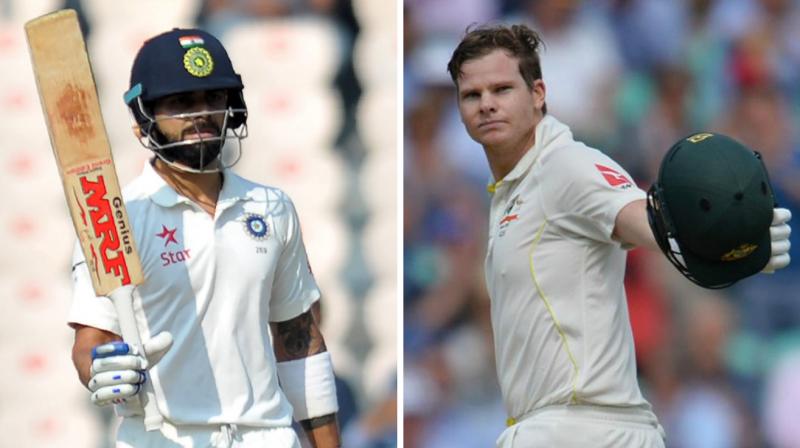 Although, the former Chairman of Selectors Vengsarkar confirmed that he would go and watch Kohli play.

“If you ask me who will you want to watch play, I will watch Kohli because he is so elegant and a brilliant cracker of the ball. Smith is an effective player but not an elegant player,” Vengsarkar stated.

Kohli is always a treat to watch when he goes to bat; however, Smith has his techniques to register such mammoth scores besides his name.

Also Read: Virat Kohli and Co. Leave for South Africa Along with WAGs

Vengsarkar also lauded Root and mentioned that he could be a great player, but he will walk extra miles to watch the Indian skipper play.

Also Read: Virat Kohli Understands That The Team is the Most Important Thing, says Rohit Sharma

IPL 2021: 3 Stars From Rajasthan Royals Who Can Be Game Changers Against Punjab Kings