Revealed: Why England And New Zealand Are Wearing Black Armbands In The T20 World Cup 2021 Semi-Final
Skip to content

The England and New Zealand players were wearing the black armbands to condole the sudden demise of Abu Dhabi’s Sheikh Zayed Cricket Stadium chief curator Mohan Singh who passed away on Sunday.

Notably, Mohan who was associated with Abu Dhabi cricket for 15 years passed away before the World Cup clash between The Blackcaps and Afghanistan. Also, the players from both the teams and the ground staff observed silence before the national anthems. 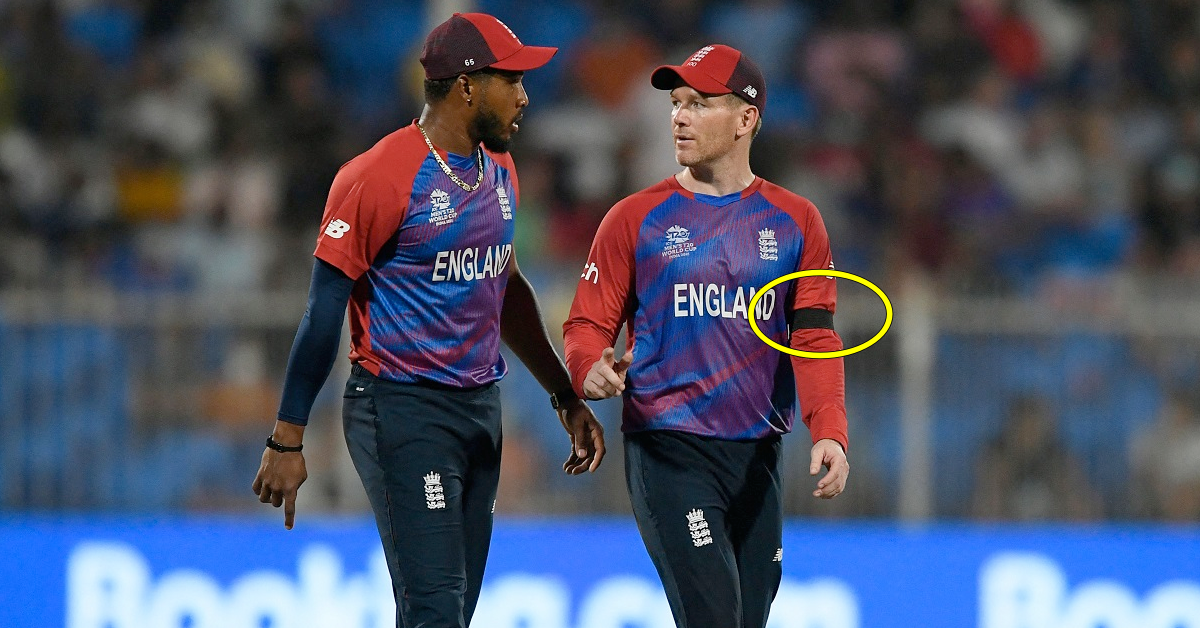 Meanwhile, Mohan had worked with former BCCI chief curator Daljit Singh in Mohali before he went to UAE. Daljit, who served India for a very long time was shocked at the demise of Mohan. He asserted:

“He was a bright kid when he came to me. A very talented and hardworking person. He hailed from Garhwal and also remember him as a family man”

“After he went to the UAE, he used to come visit every time he was in the country but I had not seen him for a while. Gone too soon and it is really tragic,”

Talking about the match New Zealand won the toss and they invited England to bat first. Also, Kane Williamson and co. made no changes in the team and fielded the same playing XI.

On the other hand, England added batsman Sam Billings to the playing XI in place of Jason Roy, who has been ruled out of the rest of the tournament with a calf injury. Meanwhile, England openers Jos Buttler and Jonny Bairstow were sent back to the dugout before 9 overs and Moeen Ali and Dawid Malan were looking strong out in middle.

Also Read: Virat Kohli Asked Me To Keep Focusing On My Game, I Will Remember Those Tips From Virat Bhai Forever – Venkatesh Iyer