Pakistan openers Mohammad Rizwan (79*) and Babar Azam (68*) chased down the target of 152 comfortably, and Indian bowlers looked clueless. This was for the very first time, Pakistan was able to defeat India in the World Cup encounter. The Babar Azam-led side completely outperformed Virat Kohli-led India and won the one-sided match by 10 wickets.

Talking about Shaheen Shah Afridi, he was able to bag a 3-wicket haul. Afridi dismissed veteran opener, Rohit Sharma, on a golden duck and castled KL Rahul in his second over. Also, Indian skipper Virat Kohli who smashed a half-century, was sent back to the pavilion in the 19th over by Afridi.

Reviewing the India-Pakistan clash on his YouTube channel, Shoaib Akhtar lauded speedster Afridi and said: “Well done, Shaheen Shah Afridi. You did it brilliantly, Cheetah. Two deliveries from him, and India looked clueless. It was an absolutely wonderful spell by him.”

You Couldn’t Even Take A Single Wicket, What Should I Say Now – Shoaib Akhtar

The Indian bowling unit, which consisted of experienced campaigners like Mohammed Shami, Bhuvneshwar Kumar, Jasprit Bumrah, Ravindra Jadeja and mystery spinner Varun Chakravarthy was unable to make an impact. No bowler was able to trouble the Pakistan openers, and they looked comfortable out in the middle.

“You saw, you couldn’t even take a single wicket. What should I say now (having a cheeky smile). Pakistan is the kind of team that can belt any team so it’s not fair to challenge this side,” talking about Indian bowlers Akhtar stated. 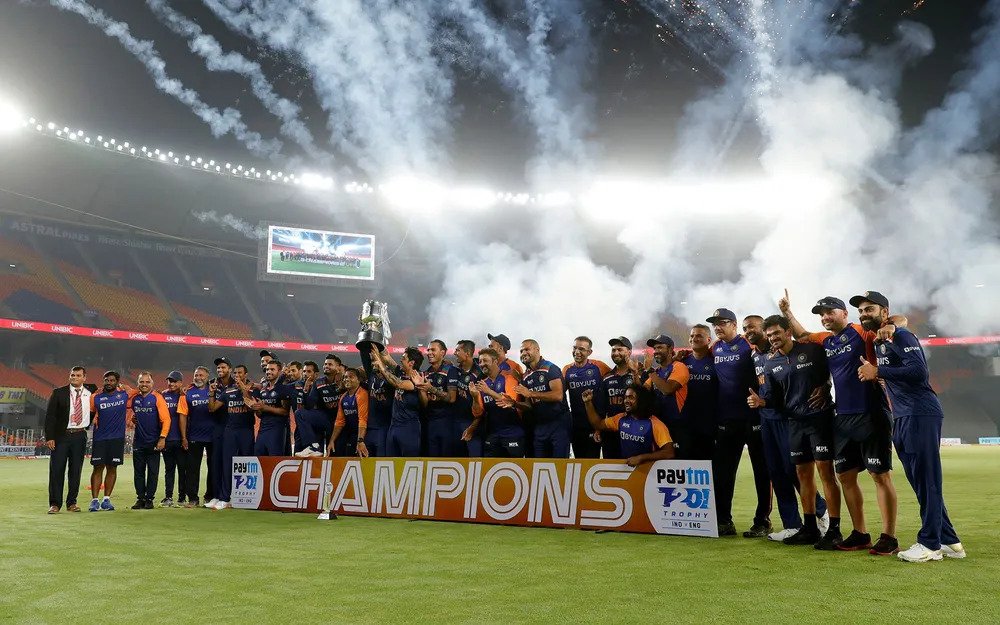 The International Cricket Council (ICC) has announced the schedule for the upcoming ICC T20 World Cup 2021. The…
bySonanchal Gautam