IND vs BAN: Jaydev Unadkat Might Not Play In The Bangladesh Test Series- Dinesh Karthik

The BCCI selection committee has made two changes to Team India’s Test squad for the two-match series against Bangladesh. Jaydev Unadkat was selected for the Indian Test squad after a brilliant domestic performance. Jaydev Unadkat has been named to India’s Test squad after his impressive domestic performance. Dinesh Karthik believes that Unadkat may not make it into the playing XI, saying that the left-arm pacer deserves to be in the national team.

Jaydev Unadkat made his Centurion debut during India’s tour of South Africa in 2010. The 31-year-old has been in phenomenal form in the domestic circuit over the past three seasons, picking up 115 wickets in 21 matches, including 67 wickets in Saurashtra’s title-winning season in 2019/20. He led Saurashtra to both the Ranji Trophy and the Vijay Hazare Trophy and played a key role in both winning campaigns.

He Has Been Given Those Whites To Represent India – Dinesh Karthik

Speaking to Cricbuzz, Indian wicketkeeper-batsman Dinesh Karthik believes that Jaydev Unadkat is unlikely to make it into the playing XI despite earning a call-up. He also mentioned that when Jasprit Bumrah returns for the Australia series, the veteran bowler may lose his place in the team.

“I think Unadkat might not play this series, to be very honest. There is Umesh Yadav, Mohammed Siraj and Shardul Thakur. There is a good chance he might not end up playing this series, but I think that is okay,” he said.

“The fact that he was rewarded, he has been given those whites to represent India, be part of the team, that matters the most. He might not even find a place in the team for the Australia series, with Bumrah or Shami coming in, we might move on.”

Following the ODI series, India will take on Bangladesh in the first Test of the two-match series at the Zahur Ahmed Chowdhury Stadium in Chattogram on December 14. and the second test is scheduled to be played in Mirpur on December 22.

Also Read: PAK vs ENG: “I Don’t Understand Why He Fails To Score Runs In The Second Innings When His Team Needs Him The Most” – Danish Kaneria On Babar Azam

IND vs ENG: Shreyas Iyer To Replace Virat Kohli At No 3 Says Aakash Chopra As He Picks India’s Playing XI vs England For The 1st ODI

Aakash Chopra has named his Indian XI for the first One-Day International against England, claiming that Virat Kohli’s…
byUtsav Gupta 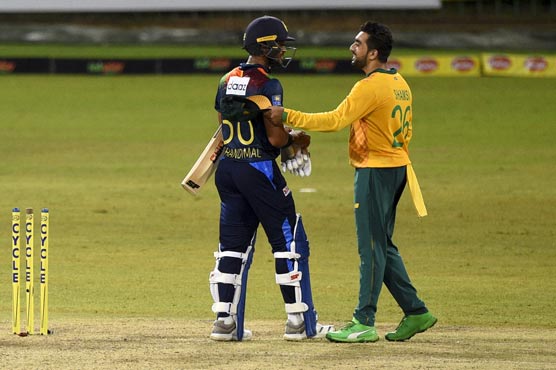 A Complete Guide to Sports Betting in India