Rishabh Pant scored 27 off 50 balls in the first innings of the Cape Town Test and was involved in a 51-run stand with skipper Virat Kohli. He temped his resistance to play big shots before tea and looked to save his wicket. However, the southpaw was dismissed soon after tea, as he looked to play an expansive shot to Protean pacer Marco Jansen.

Pant’s wicket started the slide for India as they were bowled out for just 223 with Virat Kohli losing partners at the other end. Former Indian pacer Ashish Nehra criticised pant for his shot selection saying that he should be more careful with the shots he is playing.

“India was in a good position at tea. But, lost 6 wicket for 50 – 55 runs. India lost Pant’s wicket at the wrong time. Pant must be unhappy with his shot selection. There was extra bounce, but he will have to consider the kind of shots he’s playing” he said on Cricbuzz Live.

The former Indian pacer also explained how Pant’s wicket started the slide in the Indian innings as Kohli was left stranded at the other end. He said that the pitch was doing a lot more when Ajinkya Rahane and Cheteshwar Pujara were batting and that Ashwin and Pant lost an opportunity to score big runs.

“The two wickets of R Ashwin and Rishabh Pant after tea put pressure on Virat Kohli. But India must be unhappy with their batting especially after tea as the conditions had improved. The pitch was doing a lot more when Pujara or Rahane got out.” said Nehra.

Coming in at number 8, Shardul Thakur scored 12 off 9 balls including a six over backfoot point and a four off Keshav Maharaj. Nehra was impressed by how the Indian all-rounder hit the six showing how unique a shot it was from him. 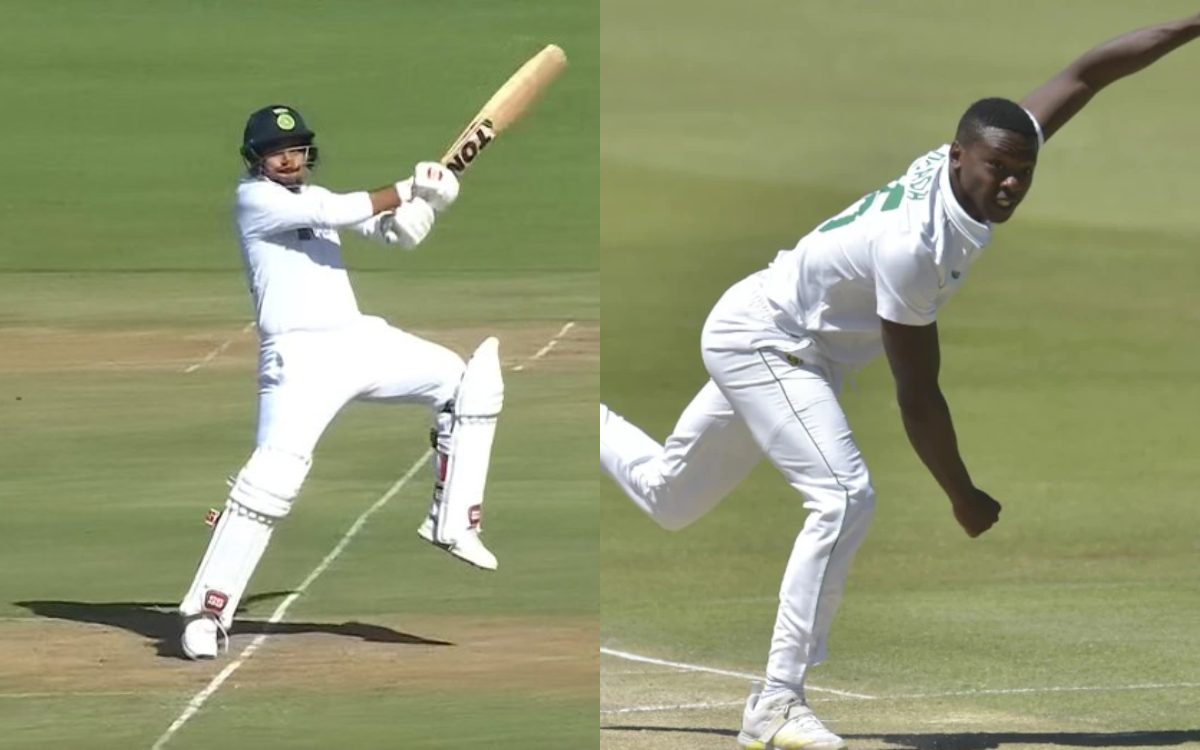 “Virat hit a few beautiful cover drives. But the shot of the day for me was the cut played by Thakur [for six over backward point] and the back-foot punch of Maharaj [for four]” Nehra said on Shardul.

South Africa were 17/1 at stumps on day 1 still trailing by 206 runs. They have already lost skipper Dean Elgar who scored an unbeaten 96 to help the hosts win the Johannesburg Test.

Also Read: IND vs SA: IND vs SA: Harbhajan Singh Has A Crucial Advice For Rishabh Pant Ahead Of Cape Town Test

A Cricket And Sports Enthusiast Having Previously Worked With Cricwizz, Circle of Cricket, Times Now, The Quint, Cricfit and Now With Cricket Addictor. More by Anshuman Roy