GT vs LSG: I Looked To Bowl A Test Match Line And Length – Mohammed Shami After Winning Player Of The Match Award In IPL 2022
Skip to content

Mohammed Shami won the Player of the Match award in the 4th match of the Indian Premier League (IPL) 2022 that was played between two new teams – Hardik Pandya-led Gujarat Titans (GT) and KL Rahul-led Lucknow Super Giants (LSG) – at the Wankhede Stadium in Mumbai on Monday, March 28. 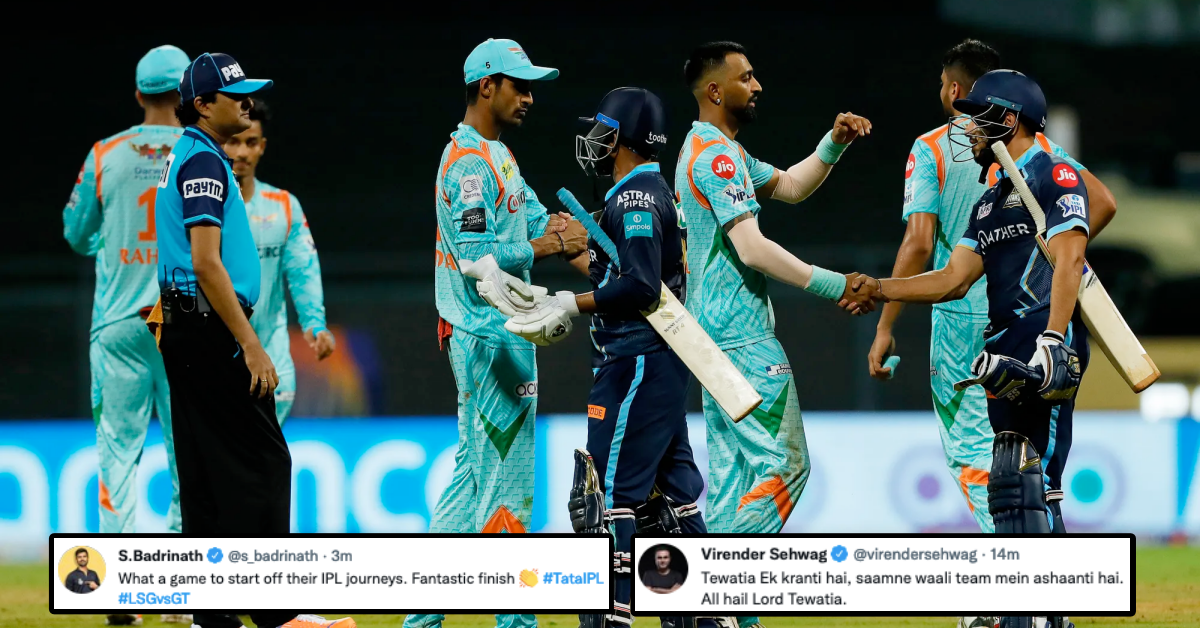 Chasing the target, Gujarat Titans lost the wicket of opener Shubman Gill for a duck in the first over and soon Vijay Shankar also got out. However, Hardik Pandya and Matthew Wade batted decently and in the end, Rahul Tewatia, David Miller and Abhinav Manohar showed a batting masterclass and helped Gujarat Titans win the match by 5 wickets.

During the post-match presentation, Player of the Match Mohammed Shami, who picked three wickets and gave away 25 runs in his 4 overs quota, said that he bowled in Test-match line and length during the battle against LSG. He said:

“I was warmed up well. It was important to get a good start in the first match, I looked to bowl a Test match line and length here. When the ball comes out of your hand like that … (smiles).”

Mohammed Shami said that he has worked a lot on his seam position and the claims of him being god-gifted are not true. He also revealed that the Gujarat Titans skipper Hardik Pandya had offered him 4th over during the initial half of the match. Mohammed Shami said:

“I have worked very hard on this seam position. People say it is god-gifted, but that’s not the case. I try to come round the wicket to a leftie and make that angle because that’s the most uncomfortable thing for them. I just look to do that. Hardik asked me if I wanted the fourth over on the trot, but I told him to hold me back.”