GT vs MI: My Intent Was To Stick To The Best Balls I Could Bowl – Daniel Sams After Last Over Heroics vs Gujarat Titans
Skip to content

Australian bowling all-rounder Daniel Sams delivered an exceptional last over against Gujarat Titans (GT) in the 51st match of the Indian Premier League (IPL) 2022 on Friday, at the Brabourne Stadium to help Rohit Sharma and co. win the match by 5 runs.

In the match, Gujarat Titans needed 9 runs off 6 balls to win the match and they had two of the best finishers – David Miller and Rahul Tewatia – in the middle who have chased even bigger targets in the final over of the tournament. 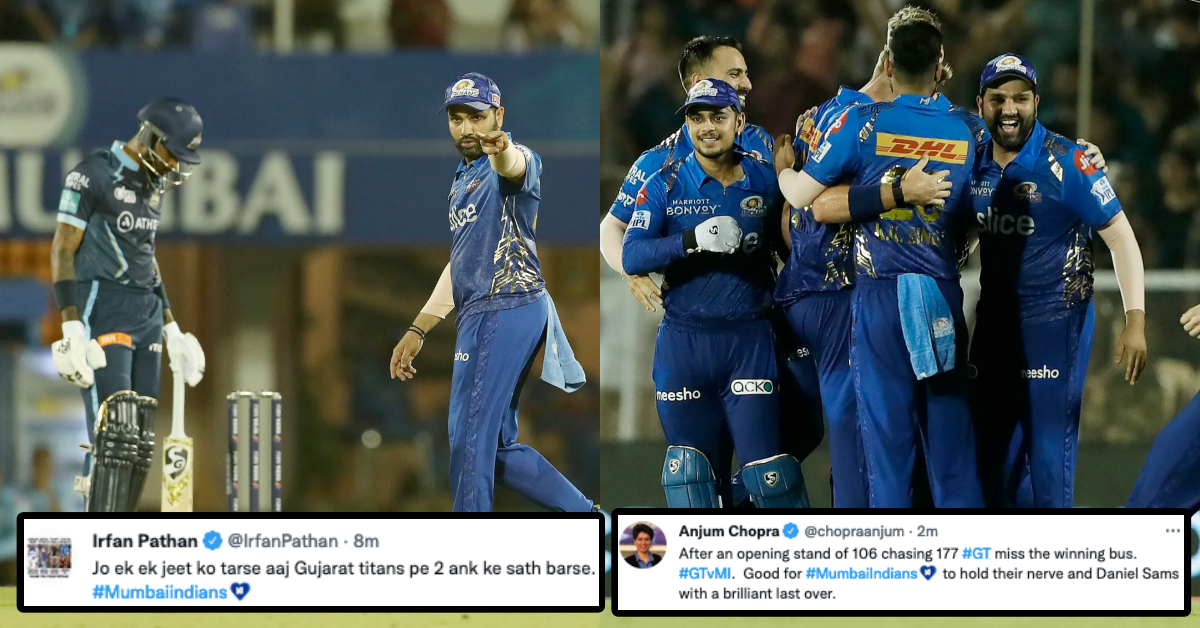 However, the Mumbai Indians pacer Daniel Sams was in no mood to let his team face yet another defeat and he bowled an extraordinary last over. He bowled 3 dot balls and gave away just 3 runs to help Mumbai Indians win their second game of the tournament.

Speaking at the post-match presentation ceremony, Daniel Sams said that the last over made him feel like he had nothing to lose. He said:

“Awesome we got over the line, it went back and forward. 9 runs off 6 balls made me feel I have nothing to lose and the odds are in the batter’s favour.”

The Mumbai Indians all-rounder said that his intent in the last over was to stick to his best deliveries and it paid off.

“I got a few wide balls in the tramline and managed to execute it well. My intent was to stick to the best balls I could bowl, the slower one is the ball I go back to and it paid off,” Daniel Sams said after the match.

He added that after 8 losses in a row in the Indian Premier League 2022 they are looking at the tournament as a mini IPL.

“After the eight losses, we looked at it as a mini-IPL with six games. We are trying to show what we can do and were able to pull it off which helps our confidence,” said Sams.

Sams’ sensational match-winning performance was also hailed by Rohit Sharma as the Mumbai Indians captain during the post-match presentation ceremony said that defending 9 runs in the last over was not at all an easy job for the pacer.

“He was under the pump in a couple of games, but I have seen him for Australia and in the BBL, he has a lot of skill. It was not easy to defend nine runs,” said Rohit.