Royal Challengers Bangalore exhibited scintillating performances in the first half of the tournament. They began their season with 5 consecutive wins before suffering their first defeat at the hands of CSK. Till now, they have played 7 games and have managed to win 5 out of them. Ahead of the UAE leg of the tournament, they would be riding high on confidence.

This is was their only second defeat of this season. Virat Kohli and Co. would be eager to get back to winning ways ahead of their first game of the UAE leg against Kolkata Knight Riders.

Facing them are Kolkata Knight Riders, who endured a forgettable season in the India leg of IPL 2021. In 7 matches, they managed to win only twice and are therefore languishing at second from the bottom of the points table.

The batting unit hasn’t been able to fire in unison. The players have occasionally played well during the tournament. Inconsistent performances from the batsmen have led to KKR’s downfall this season. Ahead of the second leg of the tournament, the fans would be hoping for them to show some fight. Every match is a must-win for them from here if they are to make it into the playoffs.

They played their last match against Delhi Capitals. Shubman Gill (43 off 38) and Andre Russell (45 off 27) made significant contributions as KKR scored 154 runs in the first innings. Delhi Capitals, however, chased down the score in just 16.3 overs.

Pat Cummins, who was their leading wicket-taker this season, has made himself unavailable for the second leg. Tim Southee has been named as his replacement. In Cummins’ absence, Lockie Ferguson is likely to lead the pace bowling unit. 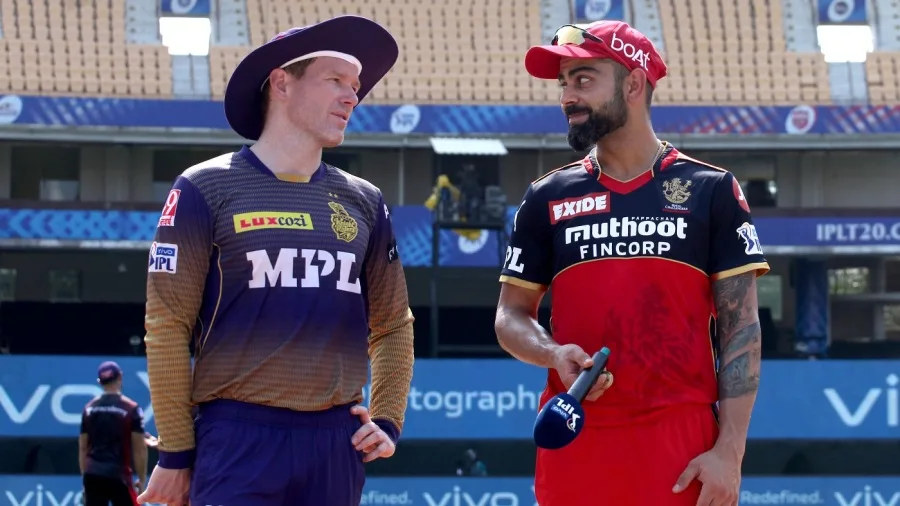