IPL 2021: We Haven't Been Able To Handle The Pressure – KL Rahul After The Defeat Against Mumbai Indians
Skip to content

Notably, Punjab Kings (PBKS) were victorious in their last game against Sunrisers Hyderabad (SRH) and they made one forced change in the team in the match against Mumbai Indians. They included Mandeep Singh in the playing XI in the place of Mayank Agarwal who was having a stiff back.

Losing the toss they were invited by Mumbai Indians (MI) to bat first and they had a poor outing. Punjab Kings lost quick wickets and were reduced at 48/4 during the 8th over. However, after that Deepak Hooda and Aiden Markram added 61 runs from 47 balls to help Punjab Kings (PBKS) get back the momentum. In the end, they were able to post 135 for 6 on the board.

Meanwhile, while defending the target, young leg-spinner Ravi Bishnoi did an amazing job for PBKS scalping wickets of Suryakumar Yadav and Rohit Sharma in one over. After that Saurabh Tiwary and Quinton de Kock provided some stability to the team. However, they too lost their wickets. After that explosive batters, Kieron Pollard and Hardik Pandya came to bat and led Mumbai Indians towards the victory. 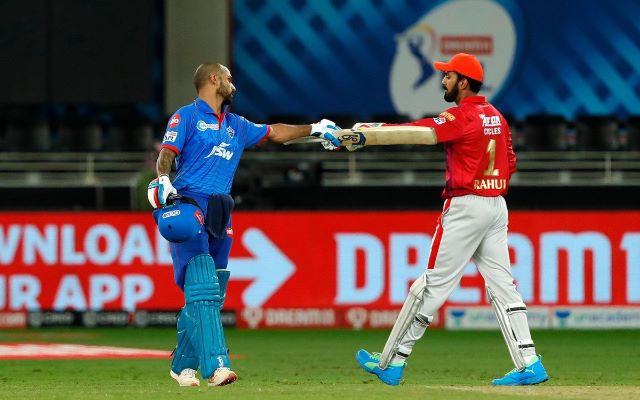 During the post-match presentation, the Punjab Kings captain KL Rahul told that they should have at least posted 170 runs while batting first. He asserted:

“It was a great fight, but 135 was not enough on this pitch. We should have got about 170. The boys showed a lot of fight with the ball, we have done that two games in a row. “

Meanwhile, the wicketkeeper-batsman further agreed that team Punjab Kings have failed to handle the pressure situations. He said:

“The next three games will be interesting for us as the table looks interesting. It is what it is, we haven’t been able to handle the pressure. We’ll learn more if we play more together as a team.”

The PBKS skipper KL Rahul signed off by saying that they have few more games remaining in the second leg of Indian Premier League (IPL) 2021 and the team needs to be positive. Rahul elaborated:

“We need to be positive. We have three games, so we need to take one game at a time. We need to go out there and enjoy ourselves. All our games in the UAE have gone down to the wire, hopefully, we can build on that.”