Home Latest News PAK vs NZ: ‘It Was A Dream Comeback From Sarfaraz Ahmed’- Babar Azam Believes It Will Lift Wicketkeeper-Batter’s Confidence Immensely

PAK vs NZ: ‘It Was A Dream Comeback From Sarfaraz Ahmed’- Babar Azam Believes It Will Lift Wicketkeeper-Batter’s Confidence Immensely

Babar Azam, the captain of Pakistan, praised experienced and former captain Sarfaraz Ahmed after his team’s dramatic tie in the second Test versus New Zealand and said that his effort will greatly boost his confidence.

In the waning light, Pakistan’s last wicket combination of Naseem Shah and Abrar Ahmed held on for 21 balls, and Sarfaraz Ahmed hit a valiant hundred to prevent New Zealand from winning the second Test here on Friday.

It Was Heartening To See Sarfaraz Ahmed: Babar Azam

“The plan was to be careful and assess according to the situation. Sarfaraz, Saud and Salman batted well. We just wanted to keep it simple and see where it takes us, we needed a big partnership and that is what we got in the middle order,” said Babar about the 319-run chase in a post-game presentation.

“The game changed a bit after the dismissal of Salman Agha (we decided to pull the shutters down on the chase). As a captain, there have been quite some positives, we need to polish those well and continue doing well,” commented Babar on how the game changed the series and itself.

“It was a dream comeback from Sarfi (Sarfaraz Ahmed) bhai, we kept backing him and the way he did when the opportunity came, it is very heartening to see. This will lift his confidence immensely,” concluded Babar.

New Zealand chose to bat first when the game started, however, their first innings ended with them being bowled out for 449 runs. At the top, Devon Conway (122), Tom Latham (71), and wicketkeeper-batter Tom Blundell (51) all made contributions. New Zealand’s record-breaking total was made possible by a 104-run partnership for the last wicket among Matt Henry (68) and Ajaz Patel (35).

Abrar Ahmed (4/159) finished as Pakistan’s preferred bowler after continuing his incredible run with the ball against England. Agha Salman and Naseem Shah both claimed three wickets.

Pakistan answered in their first innings with 408 runs. Imam-ul-Haq (83) continued to excel, and Saud Shakeel (125) continued a stellar start to his Test career by hitting his first century. Sarfaraz recorded a 78 as well. Pakistan was 41 runs behind the Kiwis.

The Kiwis’ primary bowlers were the spinners Ajaz Patel (3/88) and Ish Sodhi (3/95). Each of Tim Southee, Matt Henry, and Daryl Mitchell took a wicket.

At 277/5, the Kiwis declared their innings, taking a 318-run advantage over the hosts. Important half-centuries were scored by Blundell (74), Michael Bracewell (74), and Tom Latham (62). Abrar, Hasan Ali, Mir Hamza, Naseem Shah, and Agha Salman each secured one wicket.

Pakistan was struggling at 80/5 and at risk of losing the series while chasing 319. Sarfaraz and Saud put the hosts back into the contest with a 123-run partnership, but Bracewell dismissed Saud for 32.

Agha and Sarfaraz also formed a crucial partnership that helped him score his first Test century at home. With only 15 runs remaining to score, Pakistan’s chase was stopped by poor lighting, ending at 304/9. The match was a draw, and the series was tied 0-0 thanks to Naseem (15*) and Abrar (7*), who were unable to lead Pakistan over the finish line.

Sarfaraz Ahmed won “Man of the Match” and “Man of the Series” honors for his outstanding bat work. In this Test match, he earned 78 and 118 points. He ended up becoming the series’ leading scorer with 335 runs over two games and four innings, averaging 83.75.

In his homecoming series, Sarfaraz scored one century and three fifty-sixes. He last competed in a Test match in 2019 against South Africa, before to this series. His career was ended by the ascent of great wicketkeeper-bat Mohammed Rizwan. But from March 2022, when he failed to register a fifty in his subsequent 12 innings, Rizwan’s troubles have resulted in Sarfaraz’s recall.

The South Africa seamer Vernon Philander, who is playing his final Test before joining Somerset as a Kolpak…
byJr.staff

DUB vs ABD Match Details, Emirates D20: Dubai will be playing against Abu Dhabi in the 7th match…
byVicky Singh 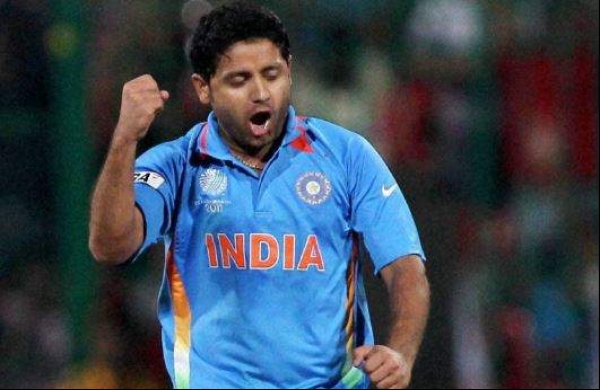 IND vs ENG: You Can Not Compare Deepak Hooda To Virat Kohli, Hooda Has Only Played 3-4 International Games- Piyush Chawla