Mumbai Indians not to retain Jasprit Bumrah and Kieron Pollard

With the mega auctions of the Indian Premier League (IPL) coming forward Mumbai Indians have a handful of players to choose from whom they want to retain. While Delhi Daredevils, Kings XI Punjab, and Rajasthan Royals have very little options when it comes to retaining players. With the new retention guidelines, the teams will be keen to retain their core team at the optimum cost.

The teams are allowed to have five retentions including three pre-auction retentions and two Right To Match (RTM). The three-time champions are likely to retain two capped Indian players in Rohit Sharma and Hardik Pandya, spending Rs 12.5 crore and Rs 8.5 crore respectively.

The defending champions are likely to retain uncapped Krunal Pandya as their third retention which will cost them only Rs 3 crores. 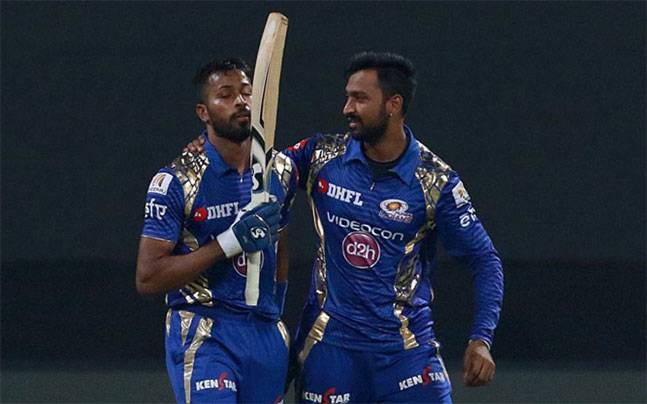 “Skipper Rohit Sharma is an automatic retention having led the team to three IPL titles. Hardik Pandya is one of the big match-winners and the interesting third retention would be Krunal Pandya,” a senior BCCI official said to PTI.

Krunal being an uncapped Indian can be retained for only Rs 3 crore instead of Rs 7 crore for the third capped player. Also, Krunal was an exceptional performer last year,” the official added.

Meanwhile, Mumbai Indians are planning to use RTM option for death over specialist Jasprit Bumrah and Windies all-rounder Kieron Pollard. Mumbai Indians have been the biggest supporter of five retentions. This five is their core group of match winners and it will be surprising if they change their plans.

The teams have to submit their retention choice on Thursday, January 4.

This time the retention policy is all set to go live. Notably, officials of IPL teams and even a few retained players have been asked to make themselves available for the coverage on Thursday, according to Mumbai Mirror.

We Will Retain One Player- Virender Sehwag

IPL 2021: Jasprit Bumrah Is Not Invincible But Has Great Understanding On When To Bowl What, Says Ian Bishop

IPL 2021: MI Head Coach Mahela Jayawardene Reveals Why Hardik Pandya Has Not Bowled Yet In This Season