Indian all-rounder Venkatesh Iyer got hit on his box while taking a catch of the Sri Lanka National Cricket Team batsman Dinesh Chandimal in the 3rd T20I at the Himachal Pradesh Cricket Association Stadium, Dharamsala on Sunday, February 27.

The unfortunate incident for all-rounder Iyer took place in the first ball of the 13th over of the Sri Lanka innings, which was bowled by the medium pacer Harshal Patel. 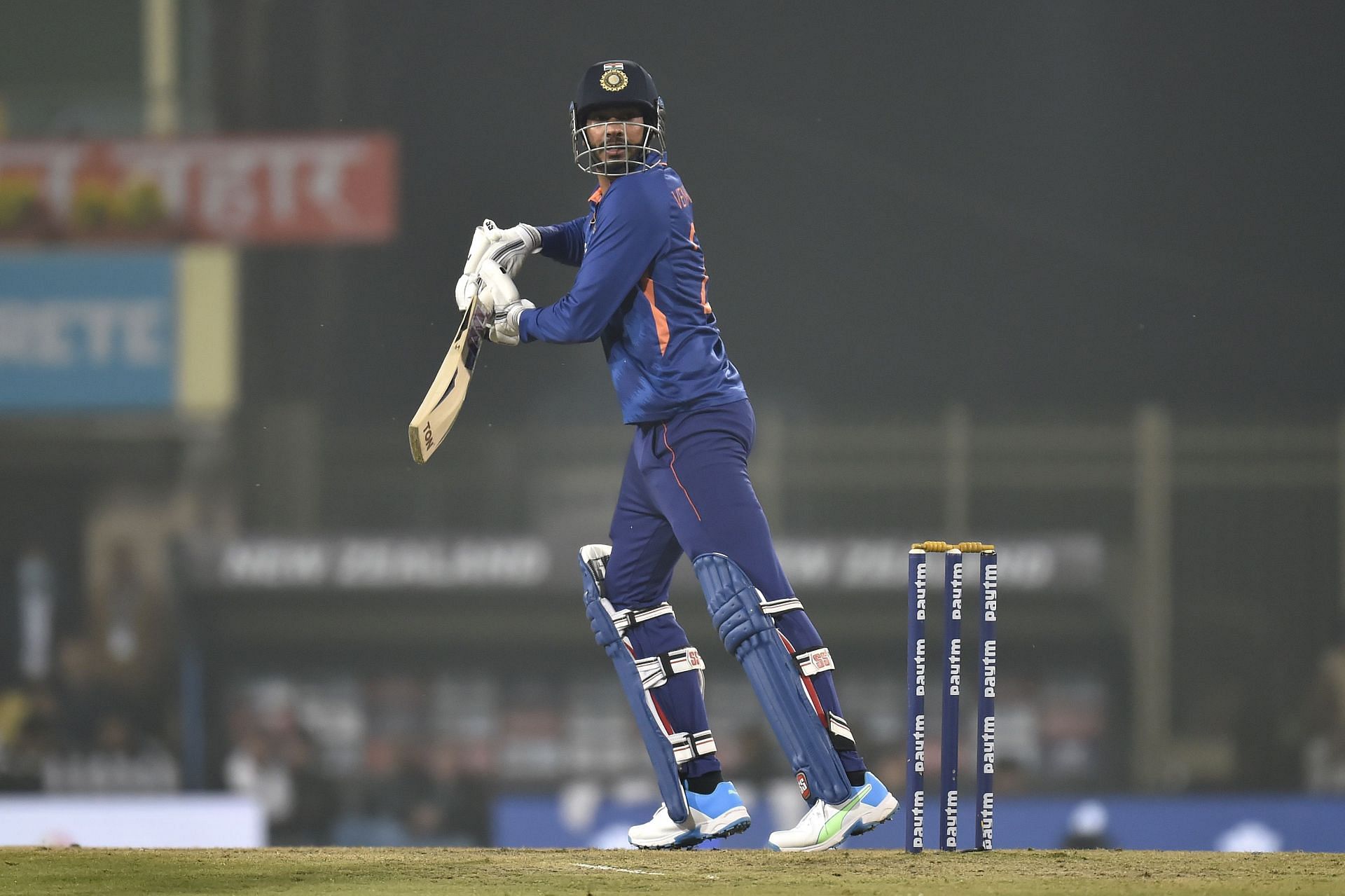 Pacer Harshal Patel delivered a short length ball wide of the off-stump and Sri Lanka middle-order batsman Chandimal played a cut shot and the ball went up in the air.

Fast-bowling all-rounder Venkatesh Iyer was at the backward point and he grabbed the ball but it went through his hands but still, he managed to complete the catch. Iyer was seen moving around in pain after taking a very good catch.

Earlier, Sri Lanka won the toss and elected to bat first in the dead rubber encounter and the Dasun Shanaka and co. made two changes to the team as Praveen Jayawickrama and Kamil Mishara were dropped and Janith Liyanage and Jeffrey Vandersay were added to the playing XI.

India National Cricket Team made 4 changes to the team, including one forced change of Ishan Kishan who was struck on the helmet by a bouncer from Lahiru Kumara and was ruled out of the match.

Sri Lanka were off to a very poor start while batting first as they lost 3 wickets in the powerplay overs and at the time of writing Sri Lanka National Cricket Team are at 89/5.