Pakistan seamer Shaheen Afridi drew first blood against India on Sunday, as he dismissed Indian opener, Rohit Sharma, for a first-ball duck. The two sides are engaged in the first Super 12 match of Group 2 at the Dubai International Cricket Stadium.

Babar Azam won the toss and opted to field first on a track that was termed by Virat Kohli as ‘different’ from the ones he had seen in the IPL 2021 season. The openers, Rohit Sharma and KL Rahul had the responsibility to give a good start. Unfortunately, it wasn’t to be. 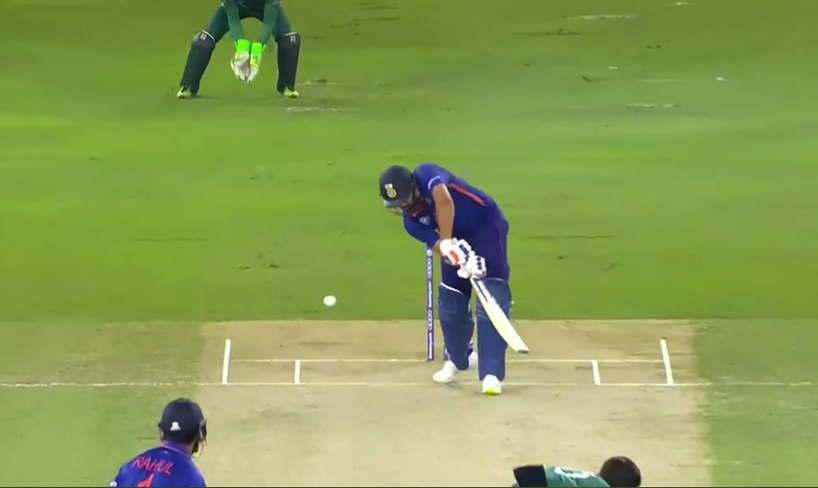 India’s weakness against left-arm seamers was exposed once again. It was Shaheen Afridi this time, nailing an inswinging yorker to Rohit. The Mumbaikar was facing his first delivery and didn’t have his footwork sorted out. He was caught in the crease and the ball rapped him on the pads.

It was a straightforward decision for the umpire who had no hesitation in raising the dreaded finger. It was a rare failure for Rohit but his contribution with the bat was done for the night. As for Shaheen, he was on the moon and celebrated in his typical style.

Also Read – T20 World Cup 2021: Michael Vaughan Says Pakistan Can Beat Anyone In These Conditions; Picks His Winner From The India-Pakistan Match