IND vs SA: There Are Lots And Lots Of Kids Watching The Game: Aakash Chopra Not Happy With Indian Team's Behaviour On DRS Outrage
Skip to content

Cricketer-turned-commentator Aakash Chopra condemned the Indian team’s behaviour on the third day of the third Test against South Africa at the Newlands.

Riding on a scintillating hundred by wicketkeeper Rishabh Pant on a tough pitch, India set the hosts for a target of 212.

Mohammed Shami got rid of South African opener Aiden Markram at the early stage of the innings. But skipper Dean Elgar and Keegan Petersen built a determining partnership to set the tone for their chase.

The duo kept ticking the scoreboard at the same time they were successful in keeping the Indian bowlers at the bay. In the 21st over, Ashwin drifted the ball to strike Elgar before the stumps and the South Africa skipper was adjudged out.

After having chat with his batting partner, Elgar decided to refer the decision to the TV umpire and fortunately it ruled in his favour as the DRS replay showed the ball had bounced over the stumps.

The Indian team was left livid with the DRS call as they firmly believed that Elgar was trapped before the wicket. Just after the decision, senior Indian players like skipper Virat Kohli and Ashwin vented out their frustration while speaking to the stumps.

Their comments were caught on the stump mic and it clearly indicated that the players were accusing the official broadcasters of robbing them of the important wicket of Dean Elgar.

“You have a right to perhaps voice your decision but is that the right manner. I’m not 100 per cent certain because as Morne Morkel (co-panelist) pointed out there are lots and lots of kids watching the game and they may actually form an opinion about the DRS, umpires,” Chopra said on Star Sports.

Of course, at the heat of the moment, you are agitated: Aakash Chopra

Just like many fans and experts, Chopra too was shocked to see Elgar survive the LBW call and also pointed out at the South Africa skipper’s expressions on the field.

“Of course at the heat of the moment, you are agitated, you’re frustrated because even while looking at the screen I was bewildered ‘how did it actually miss’ because it looked like crashing onto the stump,” Chopra said. 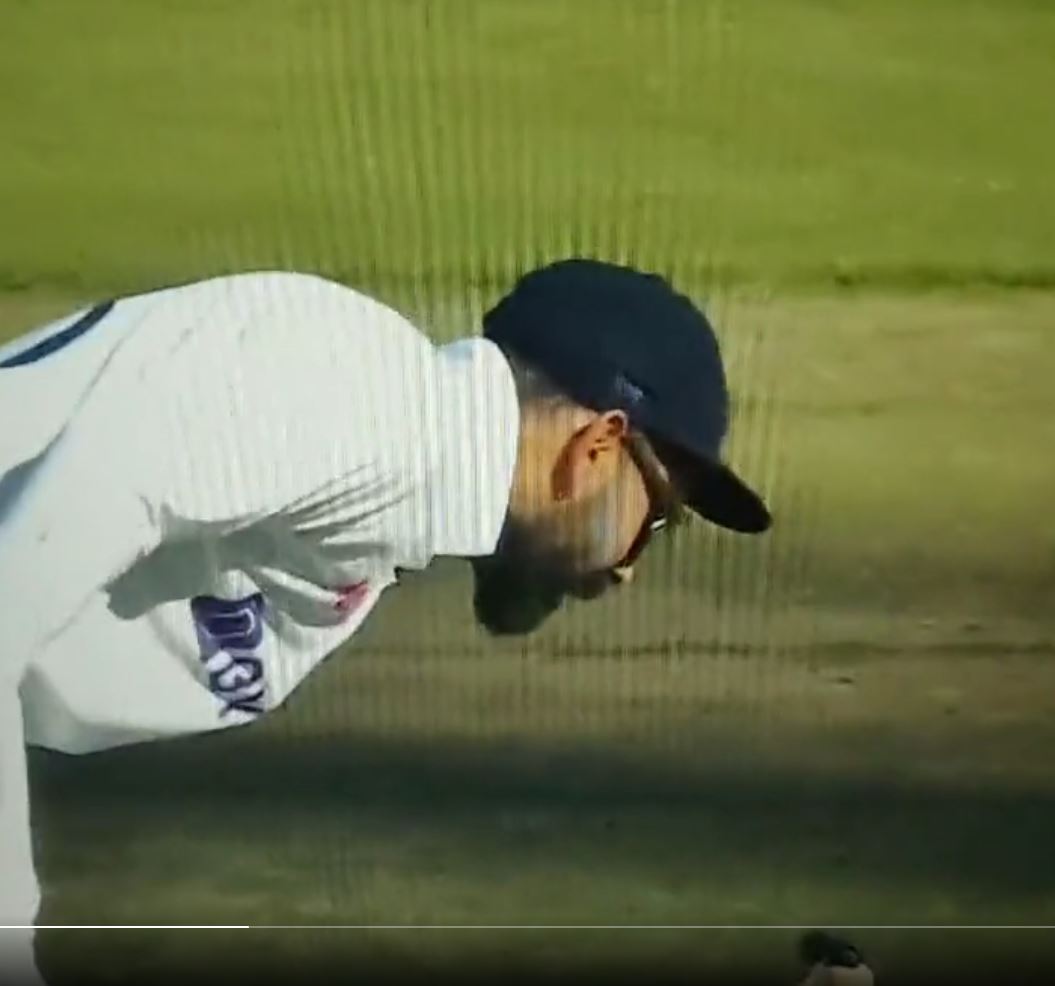 “If you look at Dean Elgar’s facial expression after he was told he is not out, there was a sheepish smile. ‘Okay, did I just get out of jail because even I thought I was out?’ Because the DRS was taken more in hope and less in belief,” he added.

Elgar was later dismissed by Jasprit Bumrah as he nicked a smooth edge behind the leg stump for Pant to take a brilliant catch. This decision too was changed through DRS as the onfield umpire had initially ruled it as ‘not out’.

South Africa were 101/2 at the end of the stumps on Day 3, they still need 111 runs to win as Keegan Petersen remained unbeaten on 48.

Also Read: IND v SA: I Have Nothing More To Say, We Have Seen It All – India Bowling Coach Paras Mhambrey On DRS Controversy