IPL 2022: I'm Also Happy Because I Was Picked By My Home Side – Raj Angad Bawa On Being Picked By Punjab Kings In The Auction
Skip to content

India Under-19 World Cup-winning all-rounder Raj Angad Bawa has said that he is delighted to be part of his home franchise, Punjab Kings (PBKS), in the Indian Premier League (IPL) 2022.

Raj Angad Bawa, who had set INR 20 lakh as his base price, was bought by Punjab Kings for INR 2 crore at the Indian Premier League (IPL) 2022 mega auction in Bengaluru. 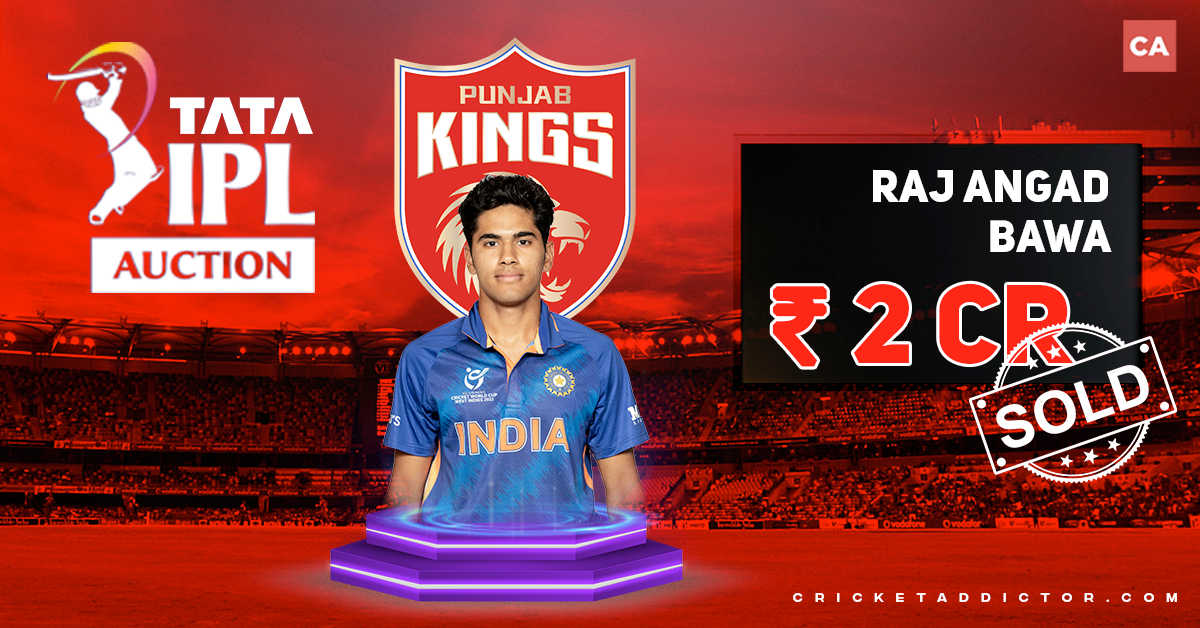 He bagged nine wickets and scored 252 runs in six matches in the tournament. Raj Bawa smashed an unbeaten 162 runs off 108 balls against Uganda, which is the highest individual score by an Indian in the U19 World Cup. Notably, he broke Shikhar Dhawan’s record of 155 runs.

The 19-year-old told that he was on the phone with his father when his name was announced in the auction. He added that he was a bit nervous and didn’t expect to “fetch such a huge price”.

“I was watching the auctions and when my name was announced I was on the phone with my father. I was a bit nervous but whatever was in my hand I had already delivered in the World Cup. So nothing was in my hand but I didn’t expect to fetch such a huge price.”

“I’m also happy because I was picked by my home side. I’m from Punjab and I’m excited to practice with them,” said Bawa in a video shared by IPL on its website.

“I’ve always been a fan of Yuvraj Singh, I grew up watching him play and he has always been my favourite. I’ve always admired his approach, so I follow him,” said Bawa in the video.

Also Read: IND vs SL: Be Careful To Shake Hands With Rohit Sharma, Anything He Touches Turns To Gold: Mohammad Kaif