Home Latest Sri Lanka tour of India 2023 IND vs SL: “It Was A Harsh Way To Get A Reality Check” – Kasun Rajitha Recalls His Record Of Most Expensive Spell In T20Is

IND vs SL: “It Was A Harsh Way To Get A Reality Check” – Kasun Rajitha Recalls His Record Of Most Expensive Spell In T20Is

When Kasun Rajitha last competed at the Gahunje Stadium, in 2016, he made his debut and returned as the game’s top performer.

In Sri Lanka’s five-wicket victory against India in their inaugural T20 match at the site, the bowler claimed the wickets of Rohit Sharma, Ajinkya Rahane, and Shikhar Dhawan in his first and third overs, respectively.

Rajitha has returned to Pune for another T20, and despite having a fantastic start, he has learned over the last eight years that the bowlers never have it easy in T20 cricket. “You need to be mentally very strong when you play T20s,” he said on Thursday.

T20 Format Is Entertaining And Has To Be Played With Aggression: Kasun Rajitha

When Kasun Rajitha, 29, turned into the most costly bowler in the format’s history in 2019, the realisation finally hit him. Against Australia in the first T20I of their tour of Australia, Kasun was struck for 75 runs in four overs.

“It is never easy for a bowler to face a situation like that. Until then, I was not prepared for something like this. It can shatter the confidence of a bowler and it did affect me too. But when I look at it now, I feel it was a lesson for me. It was a harsh way to get a reality check, but I feel it worked in a positive way for me,” he said.

“I have come through a systematic process of playing cricket. I have played age cricket, been there at the national academy and played domestic cricket. So I knew it was part of the game. I survived because I got support from my family as well as my teammates, coaches and board,” Kasun, who has taken 15 wickets from 15 T20Is, said.

He has 39 wickets under his belt and has participated in 13 Test matches.“The Test matches are about physical endurance and skills. T20 format is entertaining and has to be played with aggression. A bowler needs to stay very careful and mentally strong in this format,” said Kasun, who still gets trolled on social media.

Also Read: IND vs SL: ‘How Good Axar Patel Has Come About As A Cricketer’ – Wasim Jaffer In Awe Of All-Rounder After Pune Show 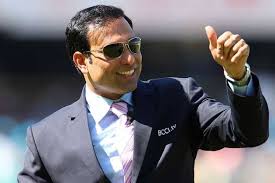 IND vs IRE: NCA Coaches To Be Part Of The Coaching Staff, To Be Led By VVS Laxman Virat Kohli, the former captain of the Royal Challengers Bangalore (RCB) and a famous batsman, made history on…
byUtsav Gupta