The inaugural edition of the ICC World Test Championship (ICC WTC) which got underway on 1st August 2019 between the hosts England and Australia at the Edgbaston, Birmingham finally got concluded on 23rd June 2021 when New Zealand were crowned as the Champions at the Hampshire bowl, Southampton in a rain-marred finale.

The inaugural edition of the ICC WTC had 9 participants across the globe (Australia, India, England, New Zealand, South Africa, Pakistan, West Indies, Sri Lanka and Bangladesh). The other three test playing nations i.e., Zimbabwe, Ireland and Afghanistan were not part of the first edition of the tournament. Building up to the final, The tournament saw many great games from Stokes’ heroics in Headingley to Hanuma Vihari and Ravi Ashwin’s resilience at the SCG to Rishabh Pant’s blinder to breach the Australian fortress, Gabba to the greatest test debut ever by Kyle Myers, A double century (210) in the fourth innings to chase down a mammoth target of 395 runs on a day-5 Asian turning track.

The finalists of the tournament:

India, Who started their ICC WTC campaign in August 2019 when they toured the Caribbean nation for a 2-match series and clean-swept the series to grab 120 points in their account. After winning 5 out of 6 series played – 2 Overseas and 3 at Home, Earning 72.2% PCT in the new points system, Indian National Cricket Team made it to the final of the first ever World Test Championship, Where they faced the lucky Kiwis, Who qualified for the Grand finale easily after changes made by the governing body in the ICC WTC points system which was altered due to the Covid-19 pandemic. New Zealand managed to win only one overseas test in the period against Sri Lanka in their first series of the competition and drew the series 1-1 against the Islanders. New Zealand played one more away series where they were whitewashed by the hosts Australia 3-0 in December 2019. However, they clean-swept all 3 series played in their home turf against India, West Indies and Pakistan in 2020, in the process to make it to the ICC WTC final.

The final between India and New Zealand which was earlier scheduled to be played at the Home of Cricket, The Lord’s, London was shifted to the Hampshire bowl, Southampton owing to Covid-19 and Quarantine restrictions. Before the final, ICC made some special changes in rules and added a provision for a reserve-day in the biggest match in the history of the longest format of the game. The finale which was supposed to begin on 18th June 2021,Got delayed as the first day got washed out due to persistent rain as predicted. On day 2 of the final i.e., on 19th June, The toss took place where the Kiwis won the toss and elected to field first in gloomy home-like conditions. The play got underway and India managed to score 146 losing 3 wickets in 64.4 overs which were bowled in the day due to early stumps caused by rain and bad-light. On day 3, India were bowled out for 217 post lunch session and by the end of the day, The Kiwis had an upper hand in the game scoring 101 runs losing two wickets in 49 overs. Day 4 had the same fate as the first day of the match where rain played a spoilsport. On the fifth day, Indian bowlers struggled to pick wickets in first session and then bowled out the opposition for 249 at Tea. In the third session of the fifth day, India managed to score 64 runs losing both the openers by end of the day with a lead of 32 runs. With a loss of two days of play, The reserve-day or the ‘Sixth-day’ of the final officially came into the play where both the teams battled it out on a sunny day for a result in their favour. The kiwi bowlers, Especially Kyle Jamieson and Tim Southee ran through the Indian batting lineup on the sixth morning of the game to bowl out India for a mere 170 runs. New Zealand needed only 139 in about 53 overs to be crowned as the first ever World Test Champions and on the biggest day of New Zealand’s Cricketing history, The smiling assassin, The Captain, The Nice Guy of the World Cricket, Kane Williamson stood strong and scored a magnificent half-century and stitched up a century partnership with veteran Ross Taylor and chased down the target in 45.5 overs with a loss of only two wickets in their openers.

How teams were crowned as Test champions before introduction of the ICC World Test Championship:

Before the ICC Test Championship came into existence, The top ranked test team by end of the cut-off date i.e., 1st April were being awarded the Test Mace along with a cash prize of 1 Million Dollars. The first ever Test mace was presented to Australia in 2003 who dominated the top spot in the Test team rankings till 2009. After that, for 10 years the mace changed hands a number of times with India, South Africa, England and Pakistan being crowned as champions. From 2019, when the ICC introduced the “World Test Championship” it was decided that the Test mace will be awarded to the team which will win the final of the tournament along with a cash prize.

Ahead of the tournament final, The governing body announced a prize pool of 3.8 Million Dollars (Approx 28.2 Crores INR) which will be awarded to the Winners, Runners-up and other participants of the tournament as consolation. The ICC announced that the winners of the Final will be awarded 1.6 Million $ while the runners-up will be given 0.8 Million $. In case the final ends in a draw or tie, The prize pool for the finalists i.e., 1.6M$ (Winners) + 0.8M$ (Runners-up) will be split in a half and shared by the both teams i.e., 1.2 Million $ each. And both the teams would also share the “Test Mace” until new champions are crowned in the next cycle of ICC WTC. The governing body also announced prize money for the team finishing third in the tournament standings a cash reward of 450,000 USD, While the fourth on the table will be awarded 350,000 USD. Team finishing fifth in the points table would get 200,000 Dollars and the bottom four teams would get a consolation of 100,000 Dollars each.

On that note, Let us take a look at the prize money all teams got awarded after completion of ICC World Test Championship 2019-21:

Bangladesh kicked off their ICC WTC campaign against India in 2019 when they toured the neighboring country for a 2-match test series. Due to the Covid-19 pandemic, Bangladesh’s home series against Australia and New Zealand got cancelled. The pandemic also affected their away series against Pakistan was got postponed after the 1st test where hosts Pakistan perished against the visitors. In 2021, Bio-bubbles paved a way for Bangladesh to host West Indies for a 2-match test series and tour Sri Lanka for another two matches. Unfortunately, Bangladesh ended up losing all but one of their matches in the ICC WTC 2019-21 cycle. They managed to draw the first test against Sri Lanka played in April this year. Middle-order batsman Mominul Haque ended up as Bangladesh’s leading run scorer with 534 runs while spinner Taijul Islam picked 23 wickets in the period to end up as leading wicket-taker for the nation.

As per the ICC, Bangladesh, who stand at 9th position with 20 points earned and 4.8% PCT after end of ICC WTC 2019-21 cycle, will get a reward of 100,000 USD (Approx 74 Lakhs INR). A team like Bangladesh would like to improve their record in the next edition of the World Test Championship.

Also Read: ICC World Test Championship: 5 Players To Face 100 Balls In An Innings Most Times In The Tournament 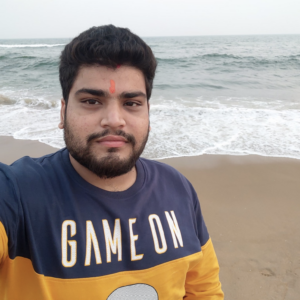 Franchise Cricket Helps You Develop As A Player: Kevin Pietersen

Sri Lanka vs India 2021, 2nd T20I: When And Where To Watch, Live Streaming Details

Even India B Team Can Certainly Beat Pakistan; Rahul Dravid Deserves All The Praise – Danish Kaneria