IND vs SA: It's Been A Tough Journey, Not Easy – Keegan Petersen After Winning Player Of The Match & Player Of The Series Award Against India
Skip to content

Keegan Petersen was the top performer for South Africa in the series as the 28-year-old scored runs consistently. He earned a lot of praise from several cricket pundits for his amazing technique and temperament while facing India’s world-class pace battery.

In the 3-match series, he batted in all 6 innings and scored 276 runs at an average of 46 with his highest score being 82 runs. Also, he scored three half-centuries in the series and was the highest run-getter as well.

In the Cape Town Test when South Africa were losing back-to-back wickets he stood strong and scored 72 runs in the team’s first innings and 82 runs during the 212 run chase to help his team win the match by 7 wickets and the series by 2-1.

I don’t know how I feel, it hasn’t sunk in yet, Happy, emotional but just grateful – Keegan Petersen 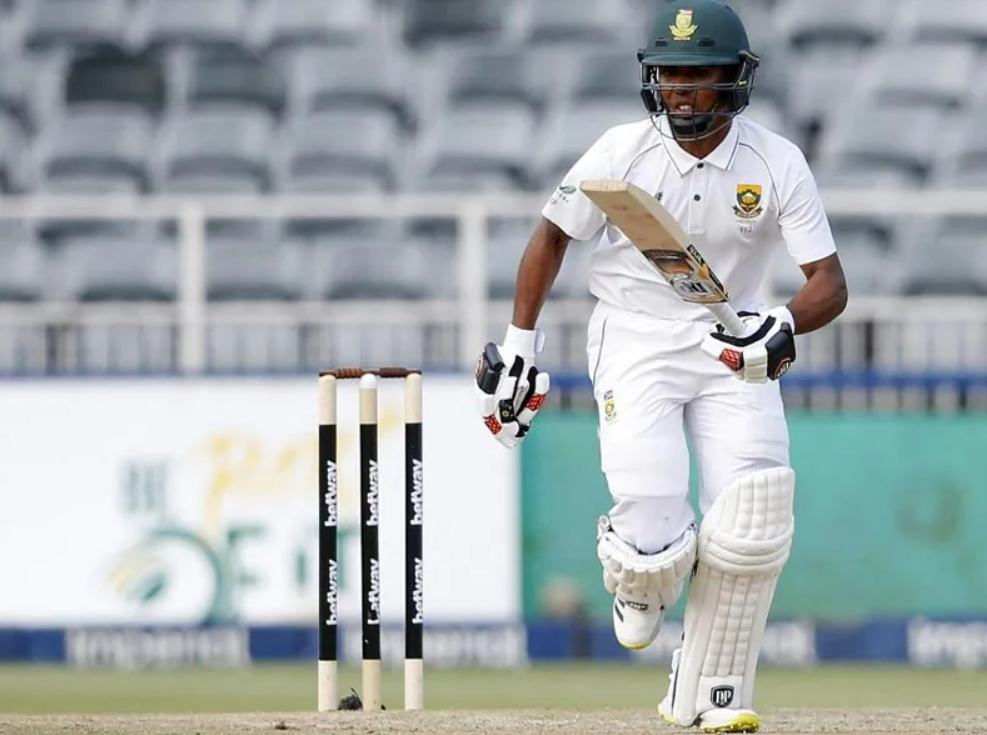 During the post-match presentation, the Player of the Match and Player of the Series Keegan Petersen said that he is grateful to get an opportunity to play for South Africa.

“I don’t know how I feel, it hasn’t sunk in yet. Happy, emotional but just grateful to have had the opportunity. I took every little positive I can from every innings and build on that,” he asserted.

Keegan Petersen also said it’s been a tough journey for him and he had to deal with several things coming in his way. The 28-year-old further added that he knew facing that high-quality pace attack of India will be difficult and he decided to bat as long as he can and enjoyed every bit of it.

“ It’s been a tough journey, not easy. Have had to stick to my guns and fight it out. It’s been a long journey, can’t really tell the whole story right now. It’s not been easy even coming into Tests; challenging wickets, changing conditions, have had to deal with what has been in front of me.

“We’ve always had to tough it out against a high-quality bowling attack, high-quality team. Just spending time at the wicket is crucial. Evident longer you bat, the easier it gets. I enjoyed every moment of it,” he said.

Also Read: No Disrespect To IPL Teams But England Is Always Going To Be My No.1 – Mark Wood